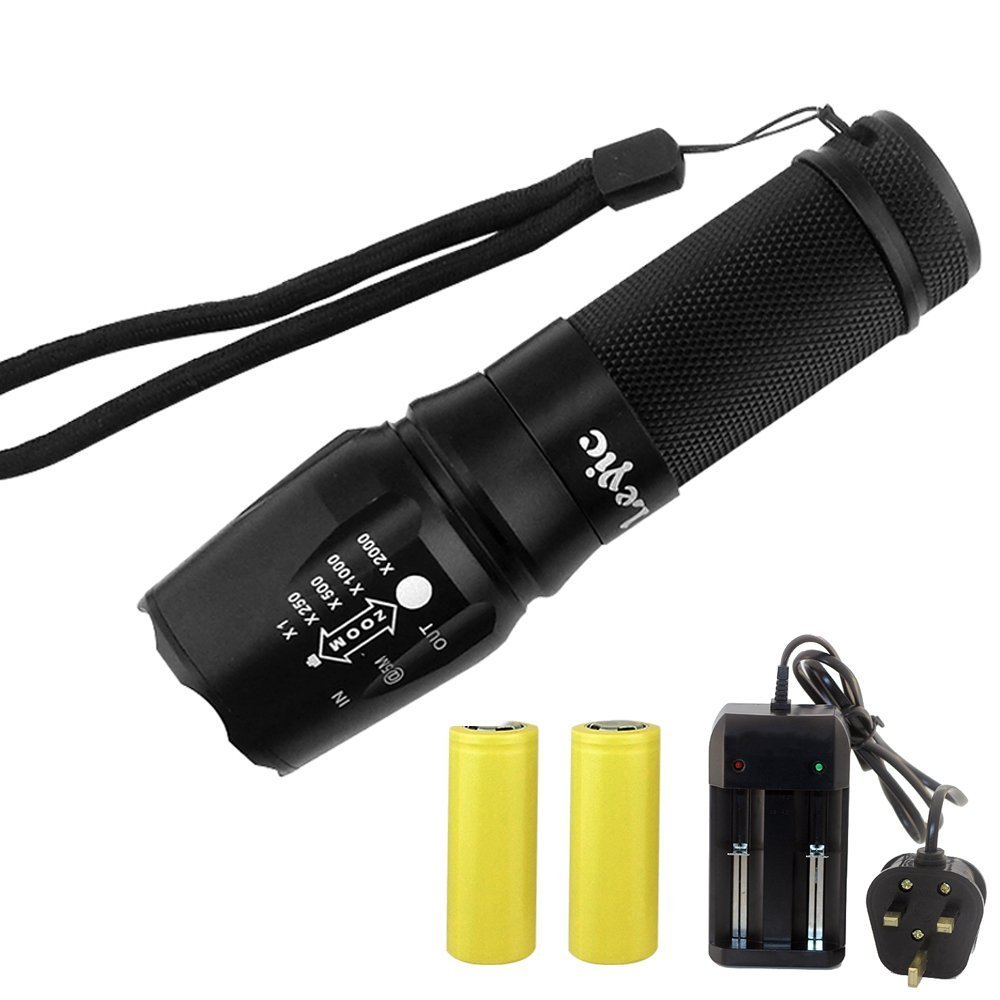 In my day job I have to use torches all of the time so I kind of know a thing or two about them. I needed a new torch and was given the chance to review this small handheld torch by Leyic so things were already going well!

The Leyic is a small handheld torch which I would guess is about a single C cell in terms of length. It incorporates the T6 CREE 800 Lumen LED chip which outputs an incredible amount of light. The torch comes boxed in a single brown cardboard box which is a little plain and boring but the goodies are hidden inside.

Inside the box is the torch, 2 x 3.7v Batteries which are similar in size to C cell batteries, a charger and a small plastic holder for 3 x AAA batteries which can be used to replace the included rechargeable batteries. There was also a strange plastic tube, I have no idea what that was for other than packaging, possibly!

The torch is fairly heavy with the battery in, weighing 236 grammes and measuring just 5 inches long when closed and 6 inches long when extended. It's also 1 1/2 inches wide so it is fairly bulky but the weight and size make for a good grip and a nice solid feel.

The torch lasts for quite a while when fully charged but it does get quite hot when used for an extended period of time. I believe this is a common thing with LED chips and it's entirely down to the heatsink which on this torch is pretty small. I haven't experienced an overheating issue but I haven't left it on for a hugely extended period either so you will need to be aware of this.

The charger was a nice addition and the extra/spare battery was a real gem as I can now have one charging whilst the second battery is installed and providing power to the torch.

The light output for this torch is great, certainly enough for my uses and I go to some pretty dark places (that doesn't sound right!). The torch has 4 modes to it, Full which outputs the full 800 lumens, low which is a lower setting, strobe mode which, well strobes and SOS mode which strobes the SOS morse code over and over.

Overall, its a great torch with some minor drawbacks. The torch is a little heavy and the charger a little cheap but the output is fantastic and the fact it comes with 2 batteries is a real gem. You can see the full video review below.